This was the second season that Ryhope CA had ceased to function. The management from the 'CA, which had run the Silksworth CW team in the previous season, had been approached by the Star, playing in the Northern Alliance, to run their team at the beginning of this season.

I started off this season at Eppleton CW in the Wearside League and although I was playing well and enjoying my football I found it hard to resist re-joining my 'family' when Eppleton told me of the approach from the Star to sign me. It was still a difficult decision as I had great respect for the Eppleton club.

The team below shows that eight of the players were ex 'CA players and with Jimmy Clark (manager), Norman Taylor (assistant manager) and Ernie Carlin (trainer) you can understand why I said 'family. 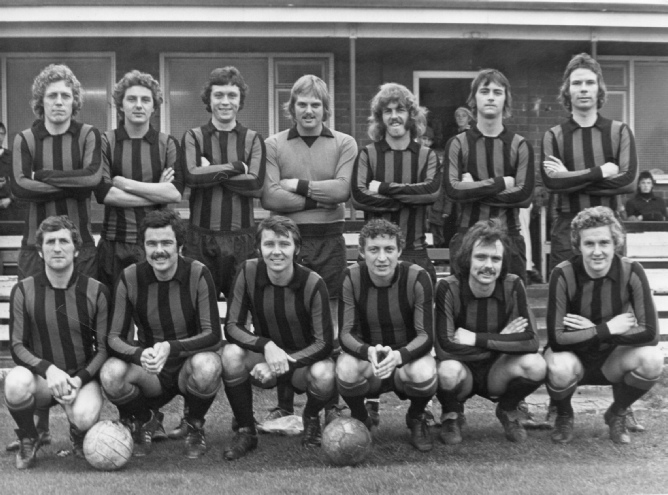 The match programme below says some very nice things about Bobby Pickering and myself which I appreciated very much. The 87 goals credited to me differs from my own records of 85. I think the additional 2 were probably what I classed as own goals. May be shots of mine going wide but being deflected into the goal. 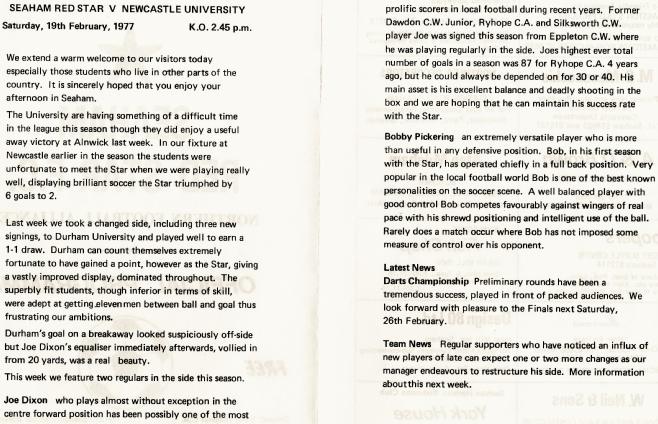 Below are some of the match reports from the local papers.

The report on the left above shows I missed a sitter and it was spot on. It was one of my 3 worst misses that I cannot forget. With the goalkeeper stranded the ball came across from the right wing and it was about 18 inches off the ground when it came to me. I had timed my run perfectly and was in the middle of the goal just 6 yards out. My head said tap it in with my instep but my ego said smash it in. I finished up trying to do both and there was only one direction for the ball to go. UP and way over the bar. The 2 goals I did score I remember absolutely nothing. What a first class plonker.